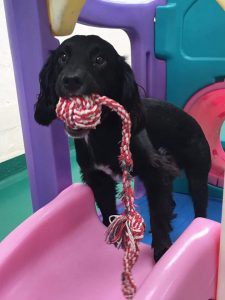 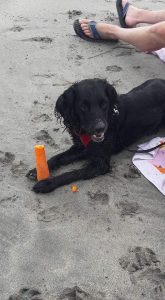 “Dave (sprockerpoo) was on biscuit food but he would refuse to eat and when I put meat in from the tins he would spit the biscuits out and just eat the meat. His poos were disgusting, his farts even worse!!!! He was constantly sick and numerous trips to the vet. We attended a dog show and stopped at a raw dog food stall where we were told but putting him on a raw diet all these issues would stop. We were skeptical but tried it and it’s like having a different dog!! He now eats all his food and wants more, gets very possessive over his lamb necks ?. I won’t go into too much detail but poos are solid now and no more farting! His teeth are so clean we don’t need to clean them and he has put in a healthy weight and you can just tell the difference in him. The best thing we ever did for him was changing his diet to raw food and recommend it to anyone we know who has a dog! So far we have converted two people.

Natural dogs direct are fantastic too. Always so accommodating and friendly. We visit there at least twice a week as my freezer is only small.”

About the Author: Sue Ahmet

Sue keeps all of the behind the scenes operations of the business going, without whose support and co-operation there would be NO Natural Dogs Direct. She has the hardest job, juggling her time between NDD, the kids, dogs and home, she keeps us ALL going.

This site uses Akismet to reduce spam. Learn how your comment data is processed.